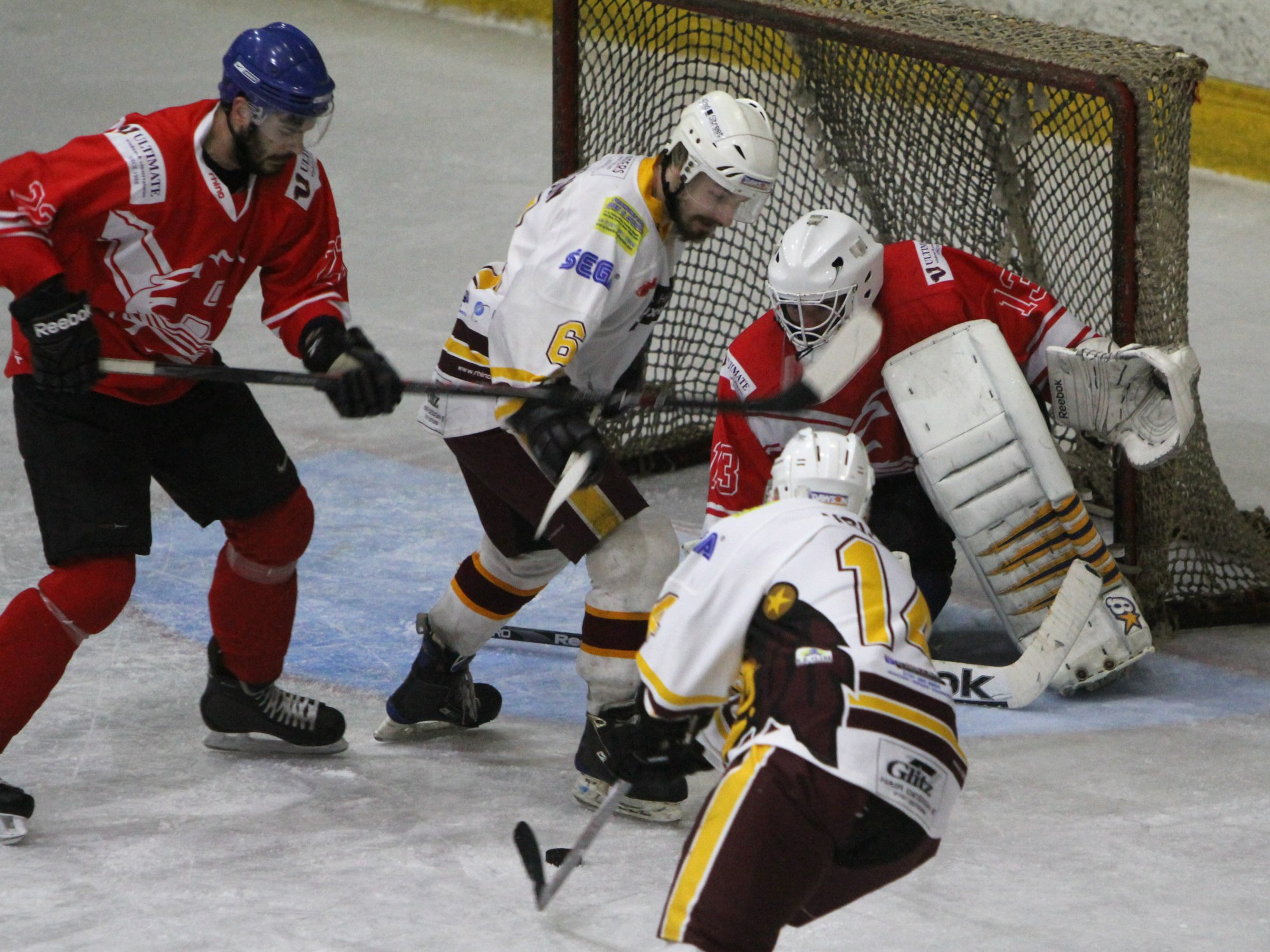 Looking at the queue snaking its way round the car park and circling the rink, older fans could be forgiven for a whiff of nostalgia. A big crowd, a crunching North-east hockey derby in prospect … just like the old days, when the region’s ‘hotbed of football’ cliché was in danger of being overtaken by a new status as the powerhouse of British hockey.

The clash between Whitley Warriors and Billingham Stars, a Tyne-Tees rivalry, is some way from the pinnacle of the game. In a previous era, the teams were regulars in the top division of the old Heineken League – Whitley, with a certain Mike Babcock as player-coach, came close to winning it in the late 80s – but are now playing in the NIHL Division One, the third tier of the game.

That reflects the sad decline of hockey in the region: the all-conquering Durham Wasps gone, de facto at first after a move to Newcastle and now de jure after the top flight Tyneside franchise failed. Billingham Bombers disappeared for two seasons during work on their rink at Billingham Forum; the team returned as the Stars in 2011-12, following a merger with the Northern Stars who had previously played out of Newcastle Arena or Whitley Bay. The Warriors also had a brush with extinction when reports circulated that their Hillheads Road rink was up for sale. A community protest saw those plans quietly shelved, at least for now.

And yet, given a whiff of hope, hockey fans in the North-east will still turn out in numbers. Whitley’s crowds have been up in four figures this season despite playing semi-pro hockey in EIHL North 1. Billingham, shrugging off reservations about the Bombers’ new identity as Stars, continue to get a solid following at the Forum. The derby game doesn’t deliver the kind of standing-room only fire hazard that attended Warriors-Wasps clashes in golden years, but it’s another impressive turn-out.

The game itself doesn’t quite live up to the atmosphere. Whitley are the better team on paper and have more of the game, but a touch of nerves in front of goal blunts the offence. Billingham defend stoutly, and force a wonder save from home goalie Richie Lawson as they keep the contest alive until an empty net goal from Dean Holland gave the Warriors a 3-1 win. The home fans sound the drums, war cries ululating around the rink; a play-off place seems certain, and with it another crack at an impressive Blackburn Hawks team that has swept all before it this season.

Whitley’s 2015-16 revival carries an echo of the glory days of hockey in this part of the world. The team is led by player-coach David Longstaff. A local lad, veteran of the Newcastle franchise in its various incarnations and the first man ever to represent GB 100 times on the ice, he returned to Hillheads in the summer and brought along popular enforcer Andre Payette (a team-mate of old in Newcastle and Sheffield) to sprinkle some stardust on a roster stocked with young prospects such as teenage forward Callum Queenan.

The combination worked. Results improved, lifting the Maroon and Gold to second in the table after several seasons in the doldrums. Moreover, the attractions of Longstaff and Payette tempted a ‘lost generation’ of Newcastle hockey fans back to the game after the Vipers folded in 2011. It’s far too early to talk about a lasting hockey revival up here, but the situation looks far rosier than it did a few years ago.

Anxious moments around the Billingham Stars net during the game at Whitley Warriors.

One thought on “Grounds for hockey hope in Whitley Bay”