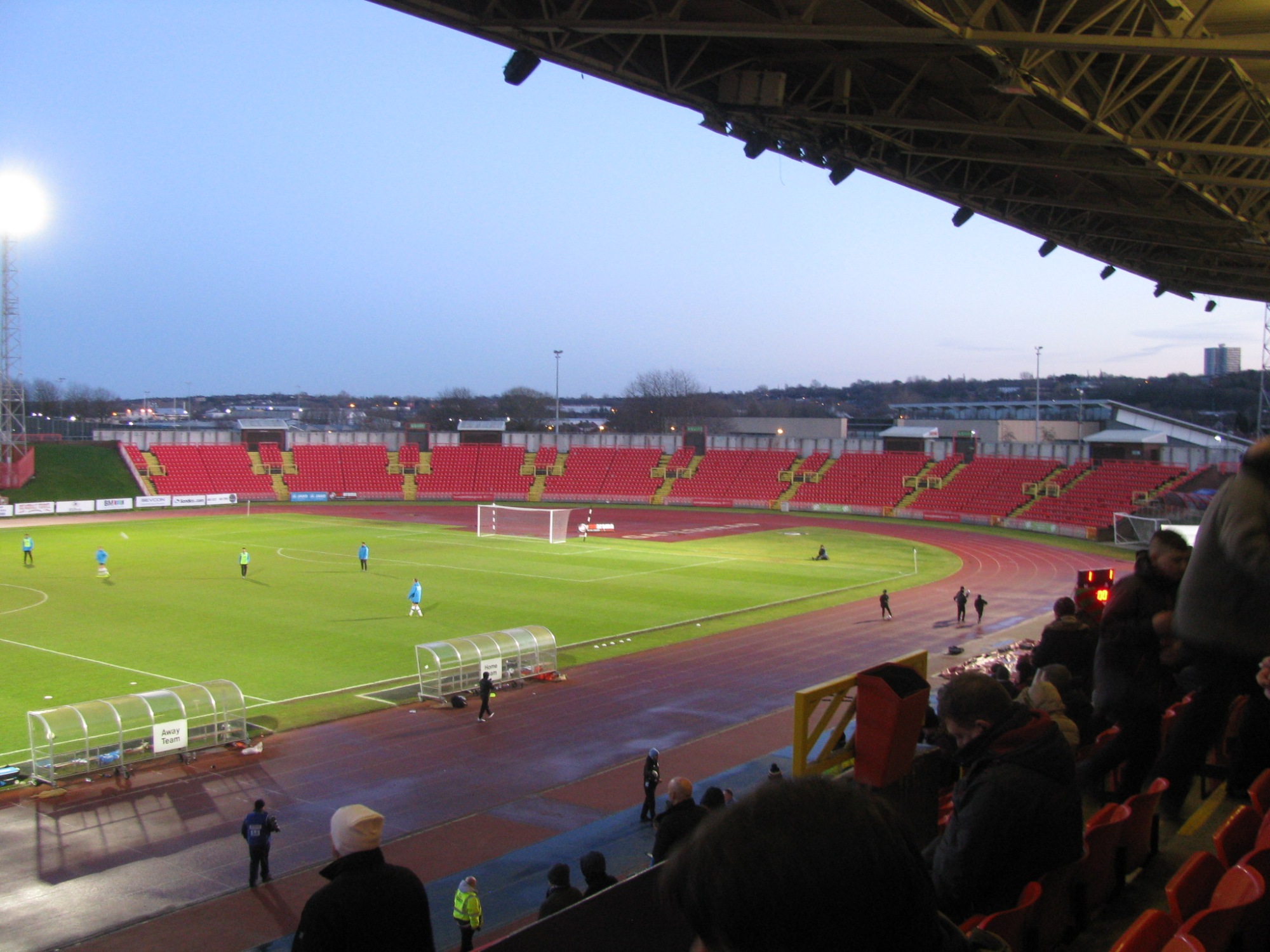 The last team Gateshead played Hartlepool (who were still Hartlepools, back then) was 57 years ago. A 1-1 draw in 1960 helped neither side edge away from the re-election zone in Division Four and, at the end of the season, Gateshead were voted out of the league. Pools, bottom that season and regular attenders at the Football League’s annual ‘beg for survival’ meeting, remained part of the 92 until last season before crashing into non-league.

Crisis followed crisis: in the run-up to Boxing Day derby, Hartlepool were put up for sale. Lower mid-table in the National League (still better known as the Conference to most fans, despite a meaningless rebrand), losing vast sums each week and generally looking like a club on the brink, they may not appear an attractive proposition to many. Again, though, they’ve been there before, and an impressively resilient fanbase (more than 2,000 made the trip up to Gateshead) suggests that the club will, somehow, battle onwards. After all, unlike their previous local rivals from Darlington, there’s no white elephant of a stadium to drag them further down.

Gateshead, however, are saddled with a stadium that few could love. In theory, it’s great. A capacity of 12,000, modern facilities, plenty of parking and good transport links. By National League standards, it’s bigger and better appointed than average. Trouble is, it’s very much an athletics stadium. Two open curves behind the goals stubbornly hoover up any atmosphere, while allowing a cold wind to whistle in off the river. When crowds are small, it’s bleak and uninviting. When, as today, crowds are bigger – and 3,500 is a more than decent effort at this level – the potential for a lively atmosphere is lost as rival fans face each other across the pitch. The Heed Army certainly tried, with a varied repertoire that included an unlikely rendition of Erasure’s 80s pop classic ‘A Little Respect’ (no, no idea why, but it seemed popular). However, taunts that Pools took “a thousand away, and still won’t sing” may or may not have been true: sound travels badly, and whatever noise the visitors might have made didn’t cross the pitch except as a muted, muffled mumble.

Grumbles about Hartlepool’s early penalty drowned out the away fans’ celebrations, grievance against the referee continued until late in the first half. Then a red card against Blair Adams and an equalizer from Scott Barrow lifted the mood. ‘He’s back from the dead’, chorused the home fans, Easter rather than Christmas, in reference to their full-back’s recovery from a serious head injury in the FA Cup loss against Luton. That day, Barrow was unconscious on the field for 15 minutes; today he scored two in six minutes either side of half time, both long range efforts, as Gateshead turned the game around.

Or not. Hartlepool, a frustrating performance in a frustrating season, got a draw after Michael Woods scored the best goal of the game. A high-scoring draw, with plenty of competition and controversy in front of a big crowd, all played in those bright, frosty conditions that make Chrismas football so special, it should have added up to a memorable afternoon. Yet somehow, the International Stadium turned it into a game that added up to less than the sum of its parts. The two teams meet again on New Year’s Day at Hartlepool, a proper, old-school ground with real terraces and the crowd within touching distance of the pitch. It’s hard to escape the conclusion that it will be a more entertaining afternoon, regardless of the game.

Apologies for the low-quality photos: National League policy frowns upon taking sophisticated cameras into stadiums, so this was a smartphone job.