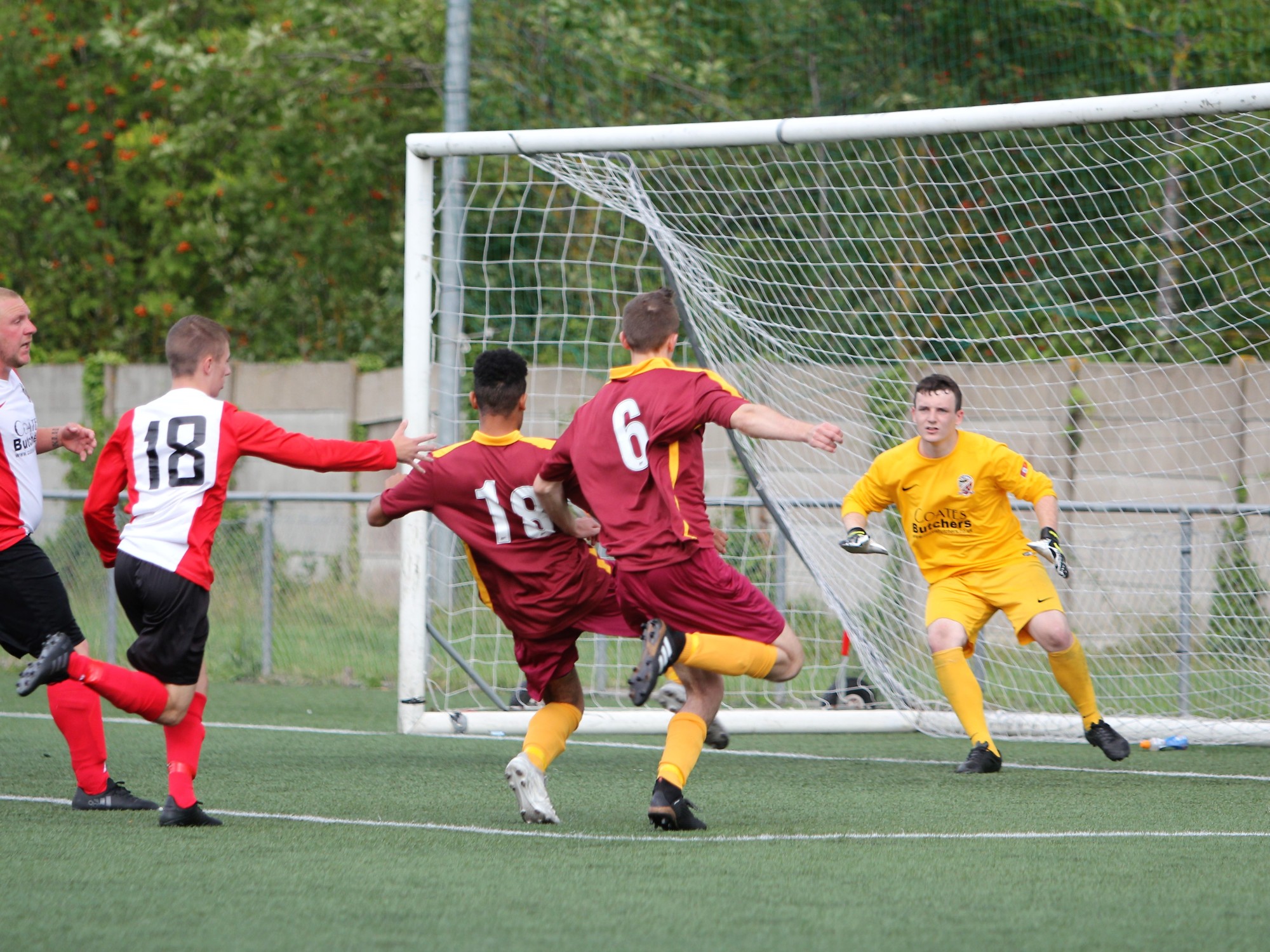 ‘Football back in the city’ was the battle cry as Durham United prepared for their first competitive fixture. Built on the foundations of an established youth football club (38 teams across various age groups, and operating since 2012), United set up a men’s team for the first time over the summer and moved into the vacant New Ferens Park to play in the Wearside League’s new development division.

Historically, Durham City has been the major team in town. But after an acrimonious departure from New Ferens Park, the Citizens are embarking on a third full season of groundsharing with no confirmed site for a return to Durham. So there’s a gap in the market and United hope they can fill it.

According to club officials, the ground is proving to be part of the attraction. Playing at what is effectively step 8 of the pyramid, it’s rare to come across a venue that has been home to a club at step 3. While groundhoppers love to wax lyrical about the character or scenery of grounds like Annfield Plain or Richmond Town , the prospect of spacious dressing rooms and no shortage of hot showers is doubtless appealing to players at this level. It certainly wasn’t a problem recruiting players to augment the youngsters looking to step up from the club’s extensive junior ranks.

That junior network also played a part in an impressive crowd of 211 for the first game – an Alan Hood Charity Cup tie against Coxhoe Athletic . Mascots were drawn from the under-9s, ensuring a fair number of proud parents turned out for the big day. Some Durham City fans had feared their own team might lose support to the new boys: there wasn’t much evidence of that, apart from one DCAFC baseball cap. Next Saturday’s development division derby between United and City Reserves might be a better test of the state of that rivalry.

The game was a good one. Durham made a nervous start, but got ahead with a Charlie Salicki goal following an indirect free-kick after the Coxhoe keeper handled a back pass. Indirect free kicks inside the penalty area are something of a collectors item; United opted to shoot into a crowd of players and hope for a deflection, Coxhoe hacked it clear but Salicki converted the second chance. The same player added a second soon afterwards and Stephen Johnson made it 3-0 in the 37th minute.

The second half saw Coxhoe fight back, equalizing with the last attack of the game to force a shoot-out. But fortune favoured Durham: Coxhoe twice hit the woodwork, Aaron Hinds pulled off a save and United won 3-1 on penalties.

Early days, but a hugely encouraging start against a team from the Wearside League’s top flight. Football never really left Durham – just ask the city’s Women’s team, well-established in the second tier of national competition and FA Cup semi-finalists last season – but United’s journey could be one to follow in the coming seasons.

Durham United goalie Aaron Hinds makes a crucial save in the penalty shoot-out.