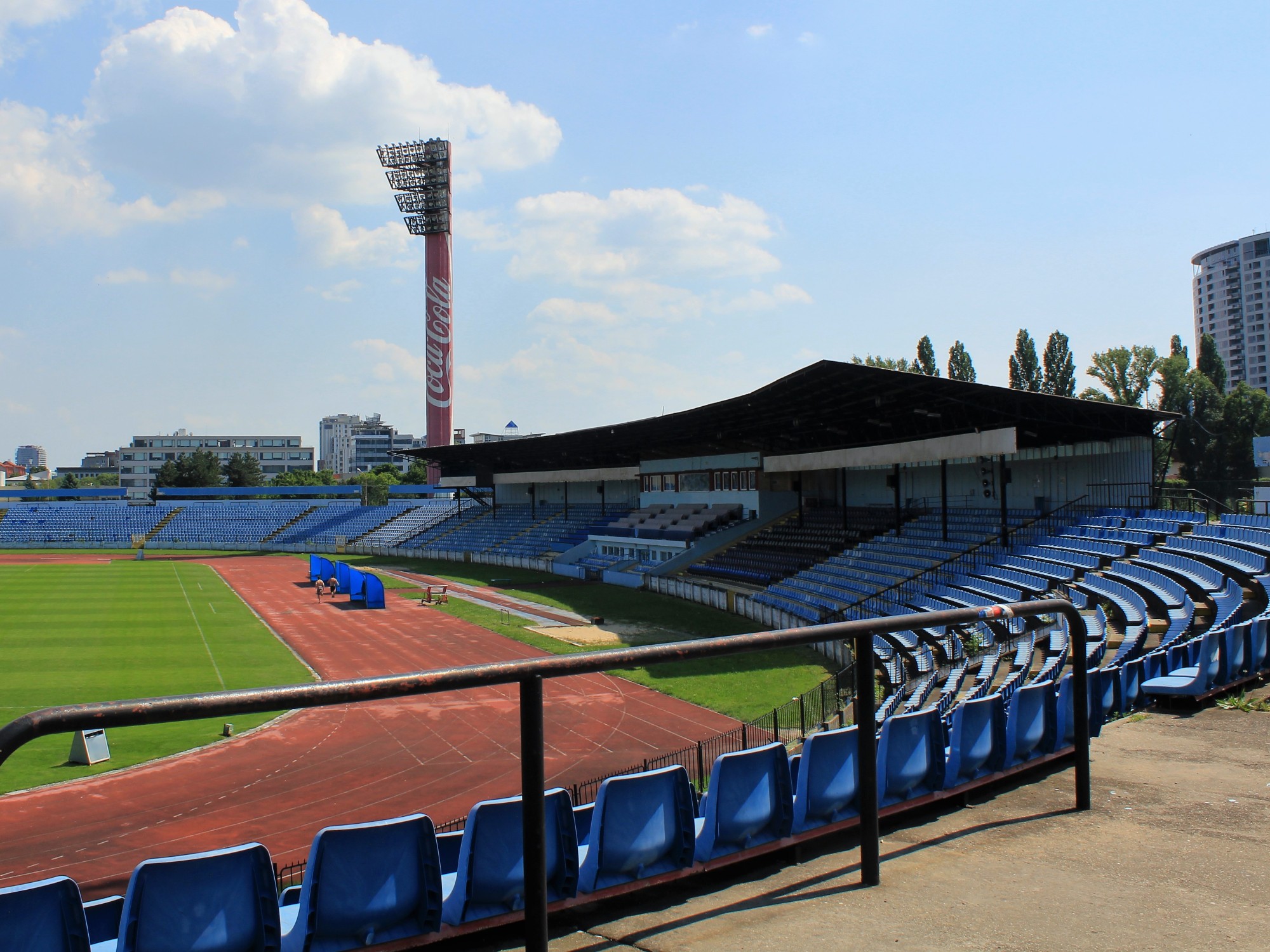 Bratislava’s Pasienky stadium isn’t quite abandoned – but the end could be near. For almost a decade it was a temporary home for Slovan, as Slovakia’s leading club awaited the redevelopment of its nearby Tehelne Pole arena. Now it continues to stage women’s and reserve games, but the first team is enjoying its new 22,000-seater stadium a 10-minute walk away.

Pasienky is a classic example of a communist concrete bowl. Limited cover, seating slapped crudely onto old terraces, an unwanted and unloved running track around the edge – and mighty floodlight pylons. There’s a touch of local colour with a Slovan mural and an odd bit of abstract sculpture, while the cover over the turnstiles hints at the old forms of communist constructivism.

I only ever saw one game here, back in 2011. A dreadful 0-0 draw against FC Nitra wasn’t enhanced by an on-going fan boycott in protest at the extended groundshare. The only memorable incident, on or off the field, was a 38th-minute ovation for ice hockey star Pavol Demitra, tragically killed days earlier in the Yaroslavl plane crash, the time chosen to match his playing number.